Welcome to the Life With Derek Wiki!

Welcome to the Life With Derek!

Welcome to the official Life With Derek, a collaborative encyclopedia for everything and anything related to the series Life With Derek.
Today is the 5th, and there has been 2,306 edits to the wiki.

George Venturi, a divorced man from London, Ontario who had custody of his three children from a previous marriage: sons Derek and Edwin and daughter Marti, marries a divorced woman named Nora McDonald, who has two daughters of her own from a previous marriage: Casey and Lizzie. Up until that point, Casey was perfectly content with her life. Growing up as the oldest child in a household in Toronto, Ontario with only her mother and sister had suited her well and brought her up as a self-sufficient and independent young woman.

After George and Nora's marriage, the McDonalds moved in with the Venturis in London, Ontario. Casey was originally upset about having to move to London, Ontario from Toronto, a much bigger city (as shown in the episode "How I Met Your Stepbrother"), for many reasons including Derek, but she eventually got over her own problems and agreed to move there for Nora and George's sake once she saw how much they cared for each other.

Life With Derek is a Canadian television sitcom that aired on Family (English) and VRAK.TV (French) in Canada and on Disney Channel in the United States. The series premiered on Family on September 18, 2005, and ran for four seasons, ending its run on March 25, 2009. The series starred Michael Seater and Ashley Leggat as the two oldest children in a stepfamily. It ended with 70 episodes and one spin-off television film, entitled Vacation with Derek. 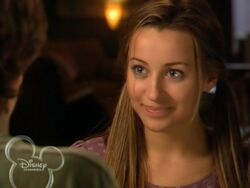 Futuritis is the series finale of Life with Derek. In this episode it's graduation time and Casey, yet again is stressing over another thing, her valedictorian speech. Could it be because she's scared that Derek might pull another prank or because she's scared of what lies ahead. Mean while Edwin is also stressing out thinking about how's he's goin to live up to his brother's reputation in high school.

Derek Venturi is the oldest of the Venturi children and the oldest son of the Venturi-McDonald family. He spends most of his time playing sports, talking to girls, and picking on his step-daughter, Casey. Read more... 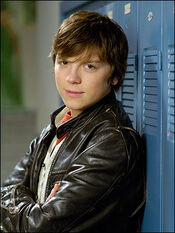 </createbox>
Retrieved from "https://lifewithderekepisodes.fandom.com/wiki/Life_With_Derek_Wiki?oldid=5747"
Community content is available under CC-BY-SA unless otherwise noted.